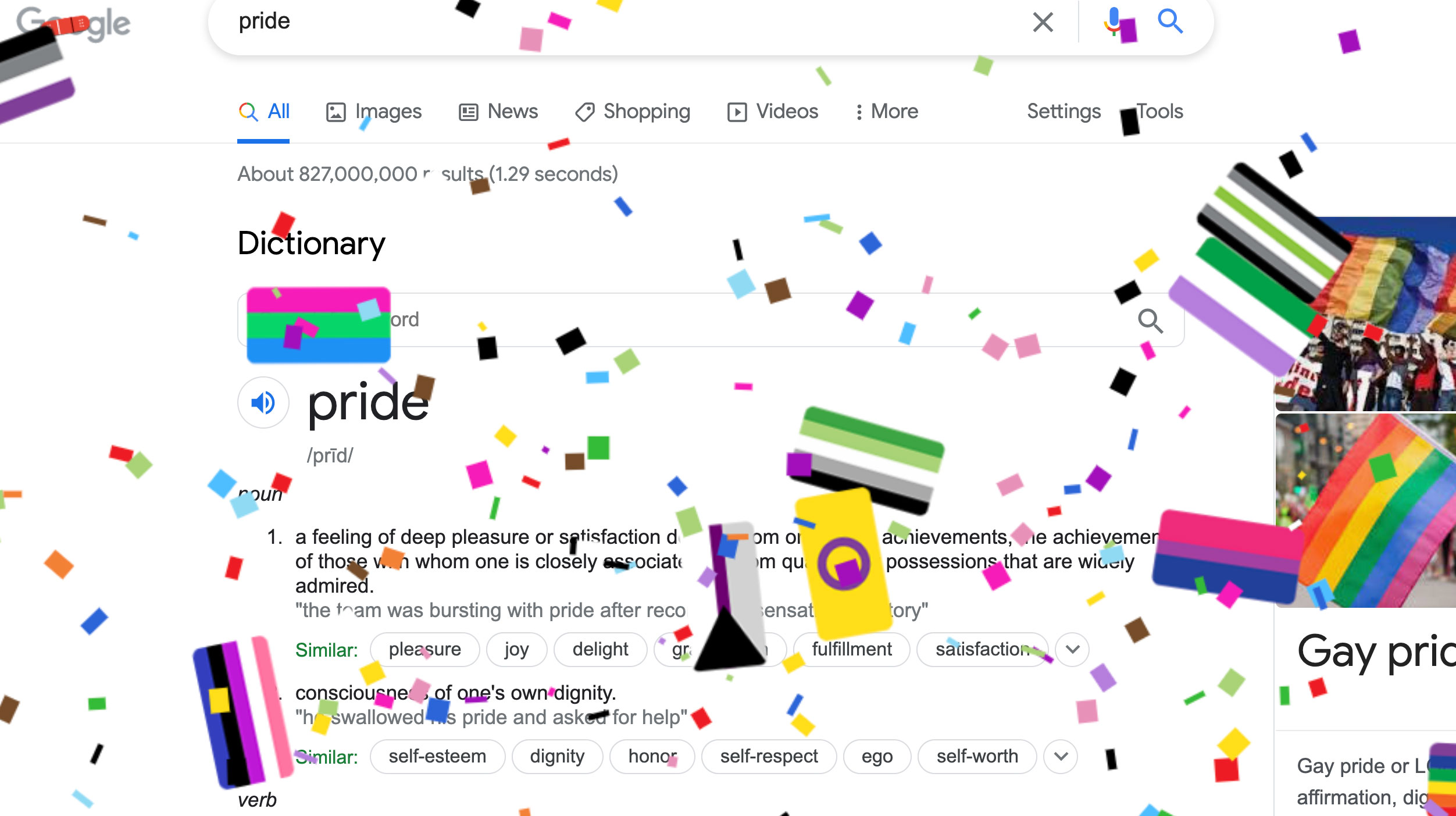 Pride month is on its way, and Google is celebrating with a new easter egg that unleashes confetti and a variety of LBGTQ+ flags.

Now when you search for ‘Pride’ or ‘Pride Month’ on Google, the page loads normally and like a surprise birthday, confetti appears on the screen.

While you can’t do anything with the confetti, it activates with a variety of LGBTQ+ terms.