Google is rolling out an update to Google Play that first made an appearance a couple of weeks back, but seems to be hitting more devices this week. The update is noteworthy because it dramatically changes the “My apps & games” section into a new “Manage apps & device” area where everything looks and functions differently.

In this new “Manage apps & device” area, you’ll find only two pages for “Overview” and “Manage.” Before this update, you had Updates, Installed, Library, Share, and Beta, all of which made quite a bit of sense from a management perspective. Now, though, you are going to have to get used to a setup that involves new taps, filtering, etc. to get old tasks done in a new way.

The “Overview” page shows your Play Protect status, if you have updates available (including how many, with buttons to update or see details), how much storage you are using, a shortcut for sharing apps, and another for dealing with your ratings and reviews.

So instead of heading into the Updates page of old, where you had a list of apps with updates available at the top of a recently updated list, you now can see how many updates you have pending, but will then need to tap one of two buttons to get to the update page to make that happen. 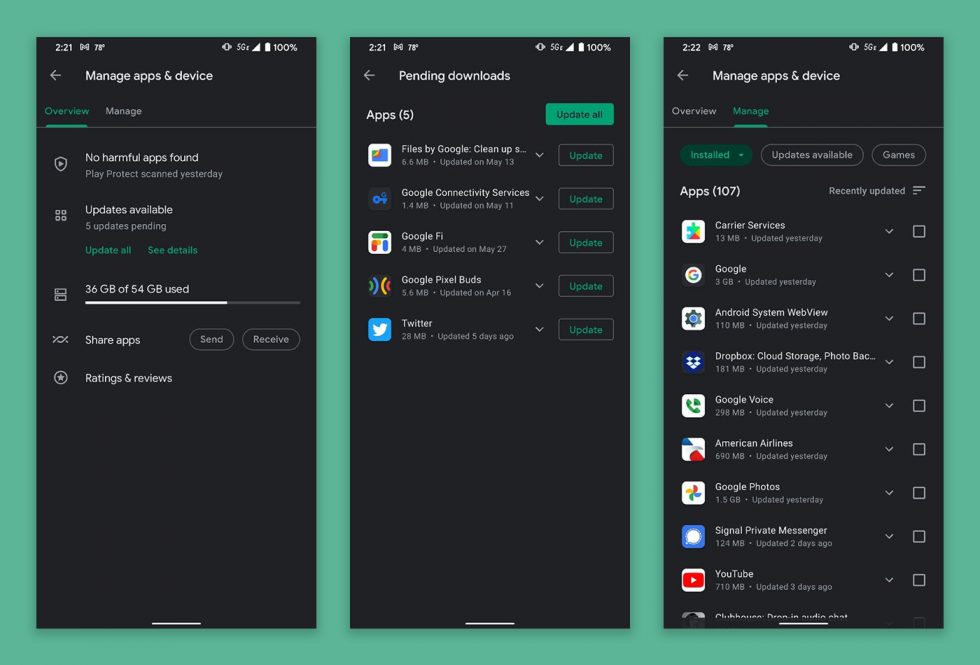 Where things get really weird is in the “Manage” page. From here, you can filter by Installed or Not Installed, by those with updates available, or if they are games. You can even sort from there in a number of ways, by size or name or most/leased used.

Need to find your beta apps, like you used to be able to do in a separate panel? The friend of the site who sent these screenshots says they have looked and looked and looked and still cannot find anything resembling that old beta section. I’m not sure how important or used it was, but it was a way to keep up with your various beta experiences in one place. 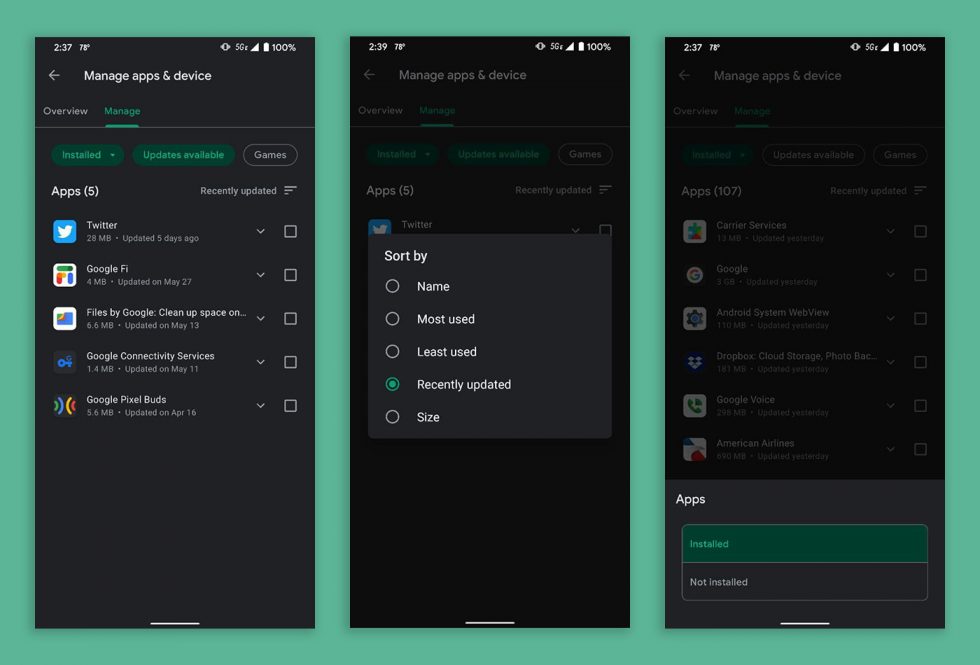 Neither Tim or I are seeing the update, but I already saw at least one reddit thread complaining about it earlier today. I’m running the same Google Play build of 25.6.14-21 as is seen above without the changes.

This isn’t the first big change to Google Play in recent months. You are still probably trying to get used to the end of the hamburger menu and the account switcher now being your main menu. I know I’m still struggling with it. They did start testing that back in January, so if you aren’t seeing the change above, it could be a while before we all get it. That’s how Google rolls.