As part of the marketing for its fancy new Pixel 6 and 6 Pro smartphones, Google showed off its ‘Original (Potato) Chips.’ It was a funny joke, considering the new Pixel smartphones boasted a customer Google processor (aka chip) called Tensor.

Back when we first reported on the Google chips (the potato variety, not Tensor) in September, it seemed salty snack was destined for Japan and only Japan. Fast forward to October, and Google sent out boxes to press with snacks to enjoy during its Fall Launch Event. Imagine my surprise when I opened the box and found my very own bag of Google Original Chips in the “Googley Salty Flavour.”

I boldly declared in the MobileSyrup Slack chat that I would review the Google chips. Surprisingly, MobileSyrup managing editor Patrick O’Rourke was on board — he even tweeted his support (and also sealed my fate).

And so instead of working on my Pixel 6 review, I wrote about the chips. 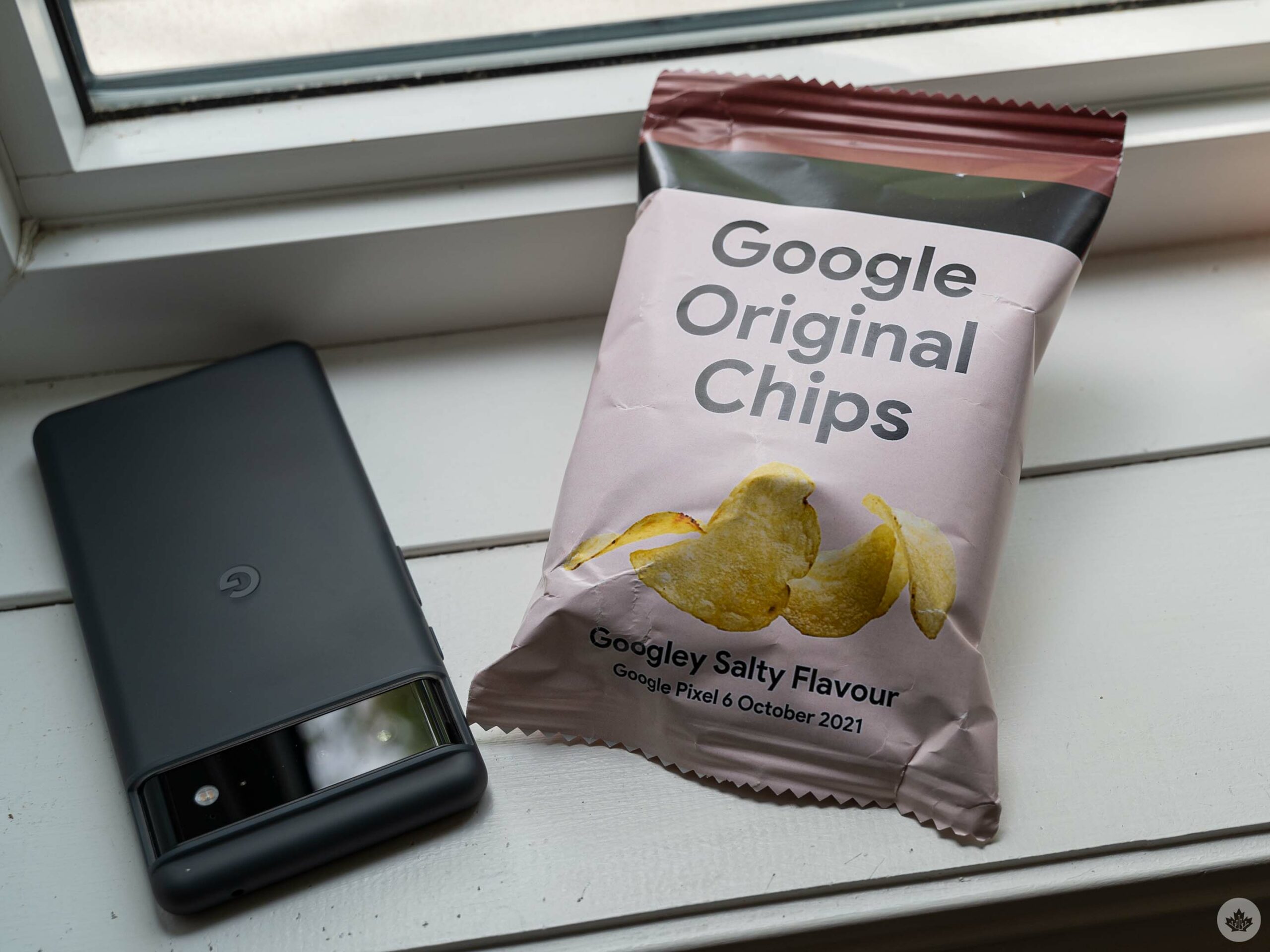 To start, the chip bag itself. It’s a pretty nice bag, although the material struck me as a little odd — it felt more papery than your average chip bag. But hey, maybe it’s like an environmental thing, a fancy biodegradable bag! Bonus points for that. From a style perspective, I appreciate that the bag colours match the ‘Kinda Coral’ Pixel 6 colour way — MobileSyrup staff reporter Dean Daley also got a bag of Google chips in the ‘Sorta Seafoam’ shade, but they’re the same flavour.

Speaking of, the name of the flavour could be better. Plus, the chips pictured on the front are a tad pixellated.

All right. Let’s open the bag and… wait a minute. What the hell is that?

Well, it looks like I’ve been duped. I was maybe a little too excited to try Google’s take on a potato chip. That said, I probably should have caught on sooner. The weird, papery bag. The Canadian spelling of ‘flavour.’ The slightly pixelated picture of potato chips. It all adds up now. 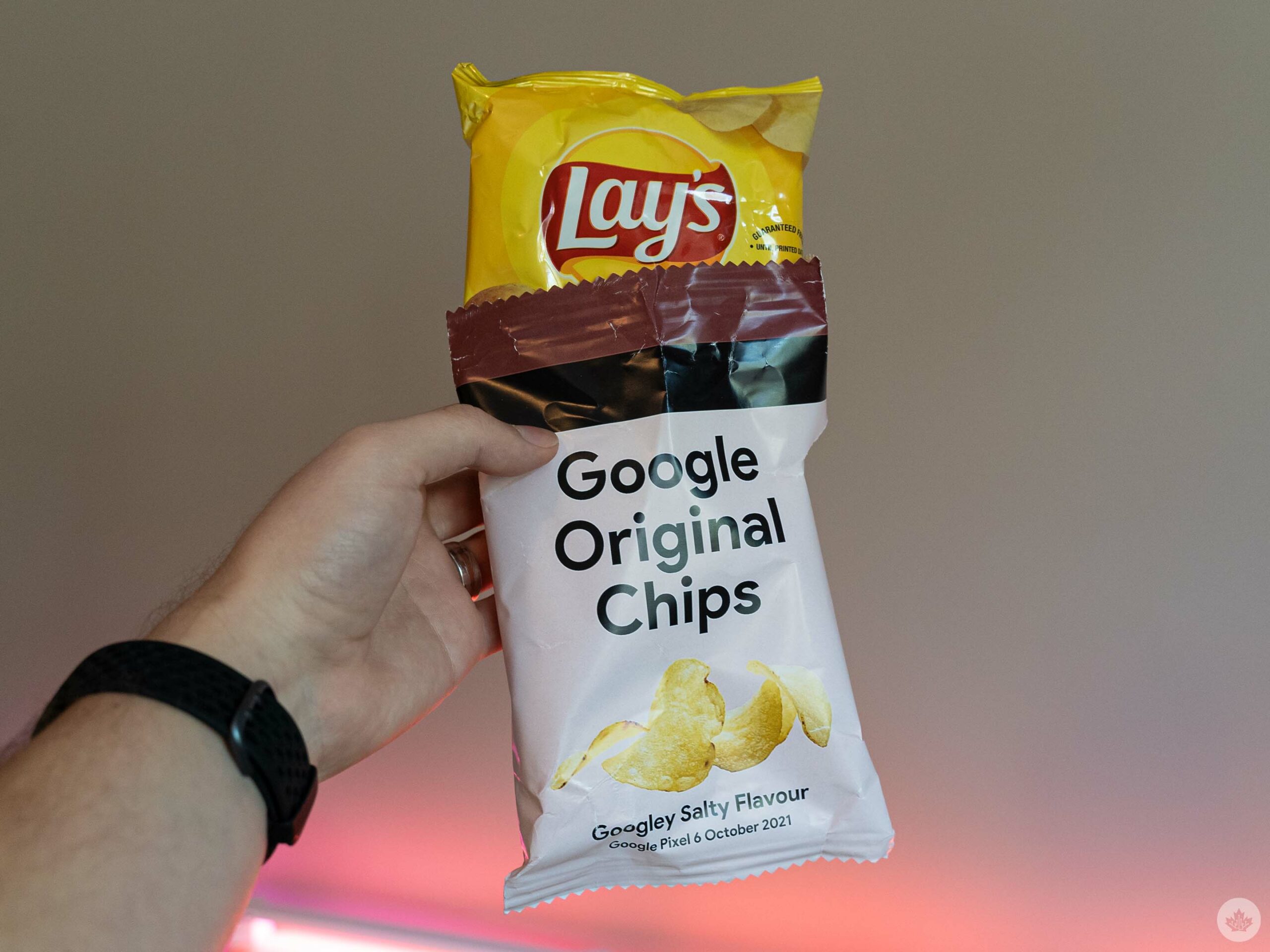 I also have to say, kudos to Google for going to such lengths for this pun. Still, for any Googlers that might be reading, if you ever do make actual potato chips, I would love to try them (but I guess silicon is more your specialty).

And for what it’s worth, the included Lays did taste pretty good. Unfortunately, I can’t recommend the Google Original Chips in their current ‘unoriginal’ form. 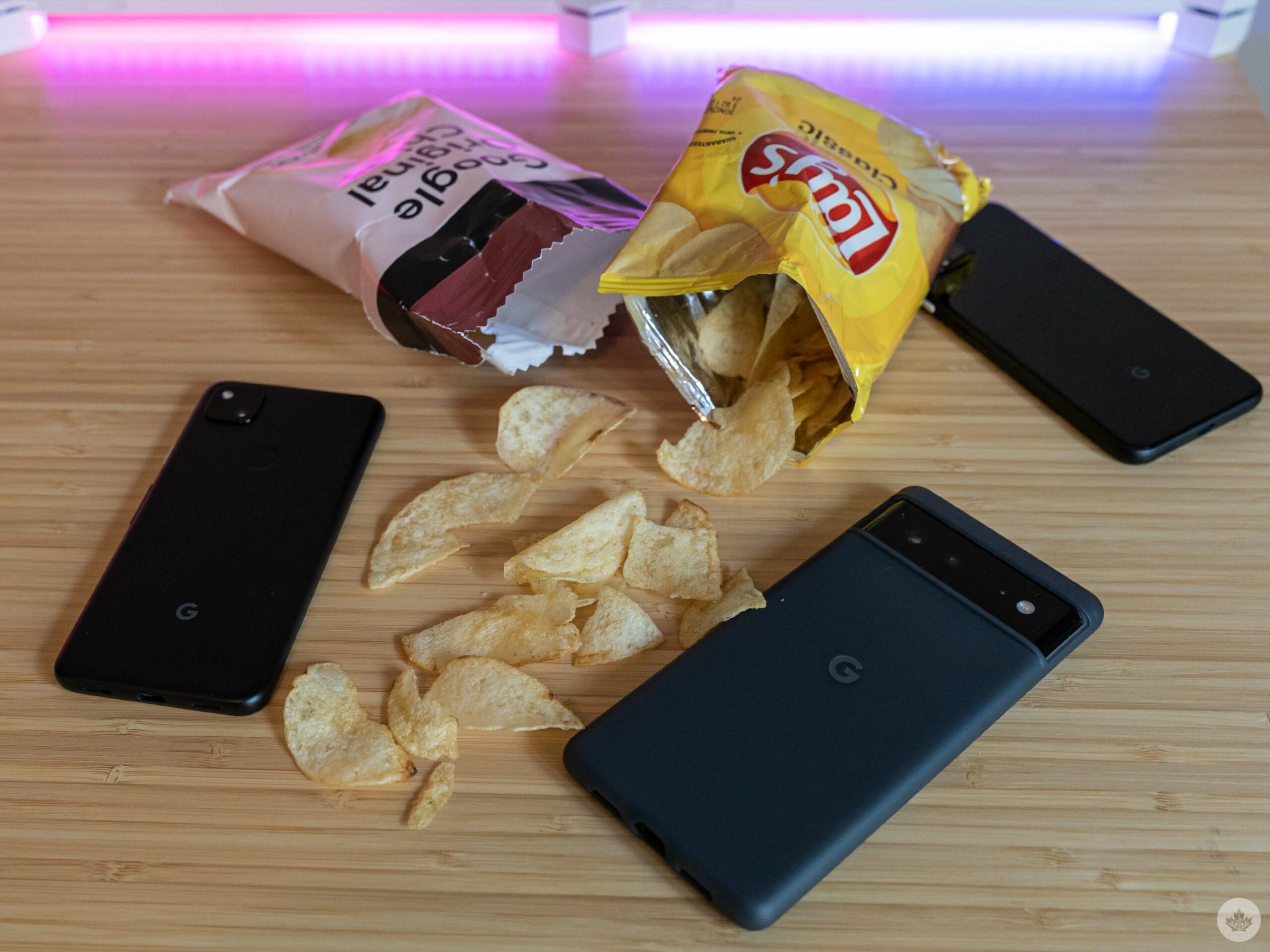 Anyway, enough procrastinating. Back to writing the Pixel 6 review.