Age of Empires IV (Age IV) is essentially Age of Empires II with a fresh coat of paint, but that’s entirely okay, especially if you’re a long-time fan of the series like me.

I have a pretty strong nostalgic connection to the real-time strategy (RTS) franchise and fondly remember watching my dad play Age of Empires II for hours as a child. There’s just something intangibly appealing to its rock, paper, scissors style simplistic gameplay that you don’t encounter very often in modern RTS titles.

The series’ emphasis on the importance of history and its commitment to historical accuracy has also always been part of the franchise’s appeal for me.

With Age IV, Vancouver-based Relic isn’t trying to reinvent the franchise, and instead aims to modernize Age II — arguably the best title in the series — while adding a few new features that shake up its formula.

Over the past week, I’ve played a few matches against online opponents (I got destroyed), completed half of the game’s several campaigns and battled against the CPU. 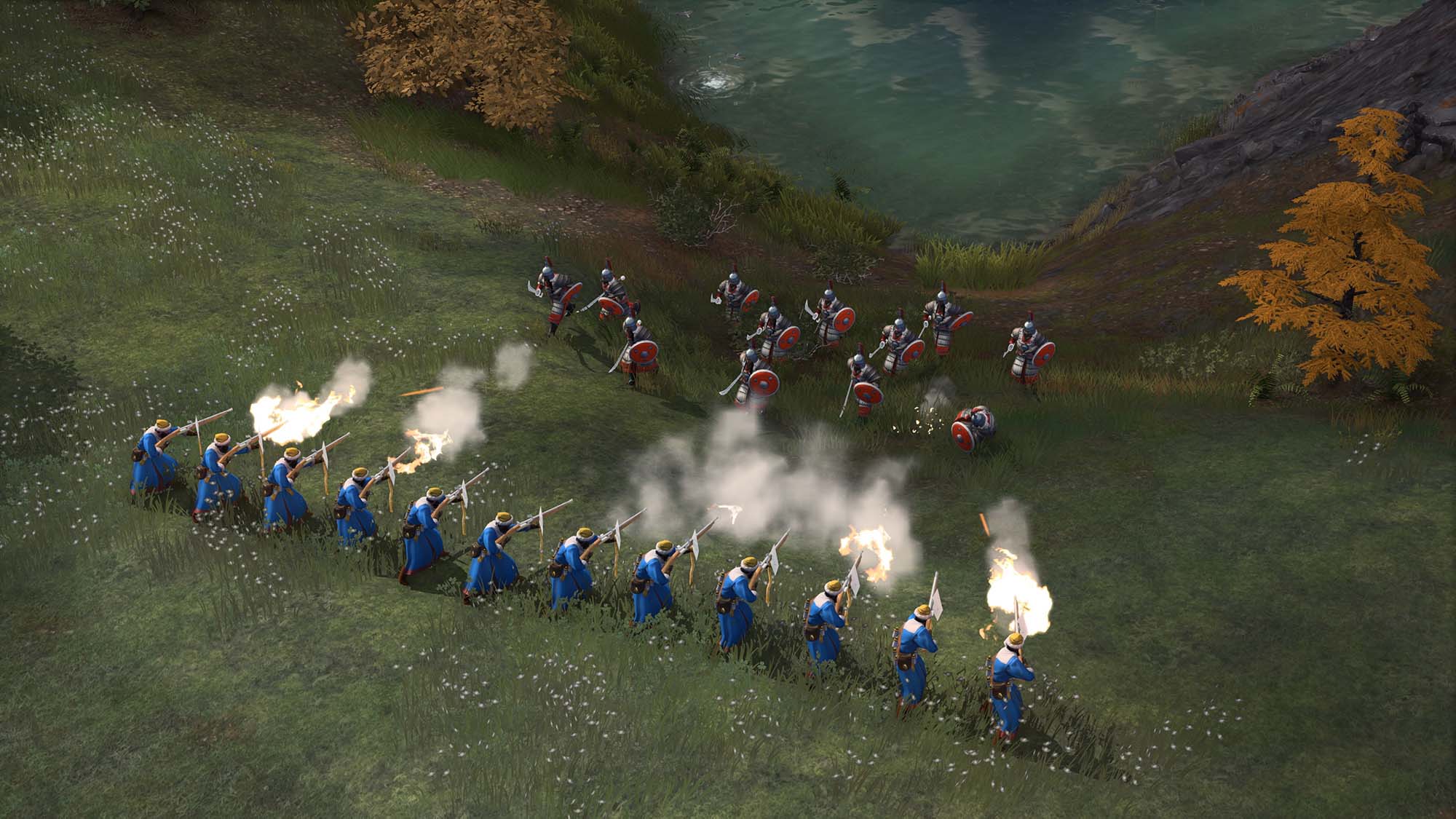 There’s a level of comforting nostalgia to Age IV that I’ve found myself really enjoying. For example, established strategies like building military units quickly and raiding your enemy’s villagers to limit their resource gathering, or building walls, towers and other defensive structures to box in your base still work exceptionally well.

Also, victory remains primarily dependent on upgrading your units and the rock-paper-scissors relationship between bows, horses and spears.

Age IV features eight playable factions that offer unique units, special abilities and designs, but generally, they’re all somewhat similar. On the one hand, this makes it relatively easy to transfer to using a new faction, while on the other, it can also get a little boring at times. For example, the French and the English feel very similar, though factions like the Chinese and the very mobile Mongols feel decidedly different (I still haven’t quite gotten the hang of them). 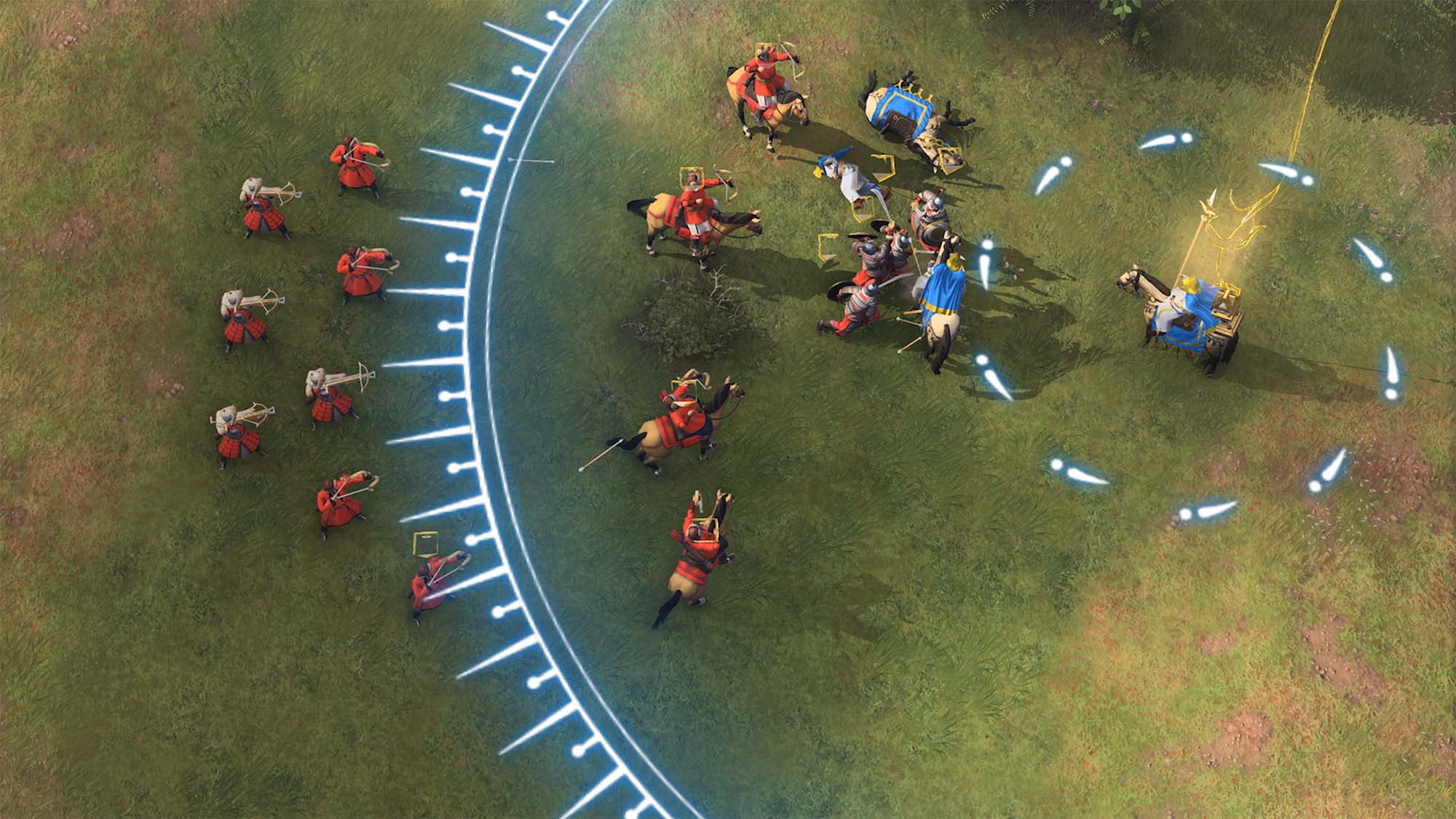 Though Age IV plays very similarly to Age II, there are also a few new elements thrown into the mix, including moving units onto walls to create epic siege battles, hiding units in forests, and an emphasis on taking the higher ground. While these are all admittedly minor changes to the series’ rigid formula, they make Age IV feel far fresher than I expected.

I’ve also really enjoyed the RTS title’s emphasis on history. Instead of the hokey dialogue and plot from past titles, a lone narrator guides you through the game’s campaign battles. There are also detailed intros to each campaign level that set the stage for the battle and often include real-world locations. I’d credit Age II with getting me interested in history as a child, and it’s great to see that Relic has carried on this tradition in a meaningful way in Age IV. The campaign mode is also a great way to learn or in my case, re-learn how to play the game. 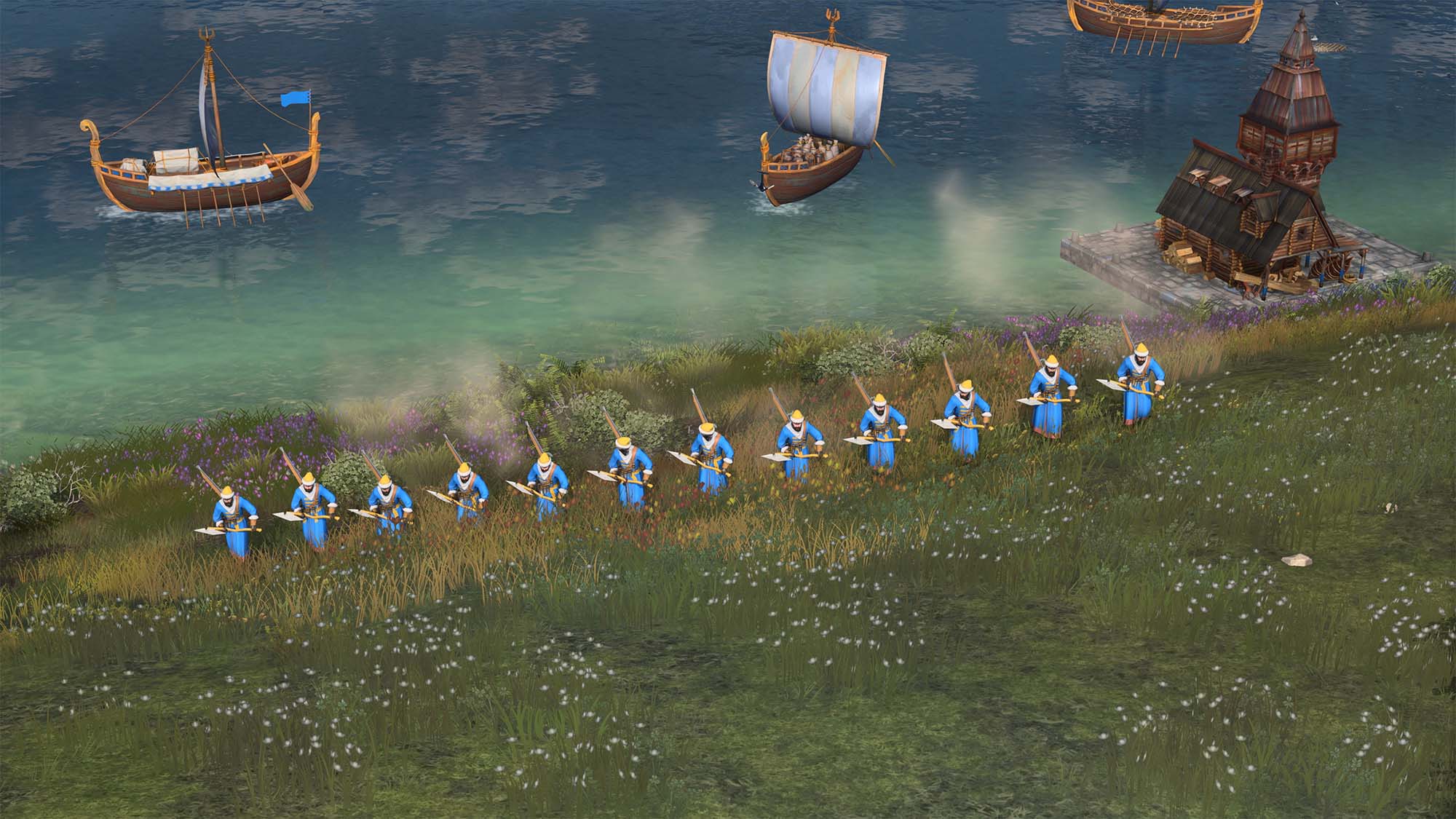 What’s most disappointing is how unimpressive Age IV looks. Don’t get me wrong, the graphics are fine, but even on max settings, aliasing is rampant and character models are lacklustre. Relic has nailed the look and feel of Age II with Age IV, successfully bringing the series into the three-dimensional era several decades or so late.

On the plus side, this means that Age IV will run on nearly any computer, including my rapidly ageing gaming PC that’s roughly five to six years old. With all of that said, RTS games have never been about visuals, and gameplay is far more critical to the experience. Thankfully, Age IV nails it in this department. 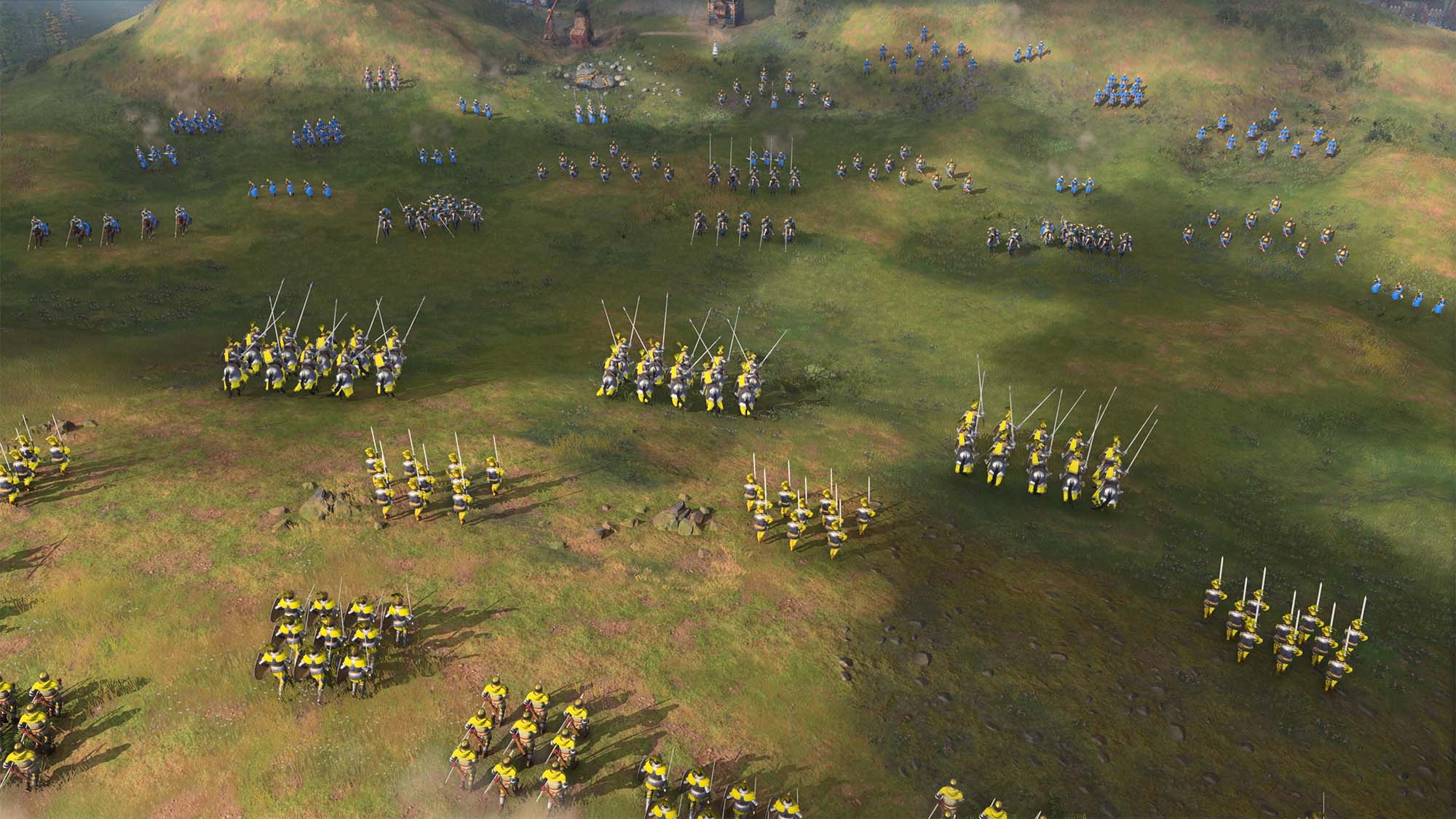 It’s also worth noting that unit pathfinding and targeting can be downright brutal at times. I often send my archers to the top of a wall, only to find them on the other side of the structure getting stabbed in the face by a horde of Knights. This also happens when trying to repair walls and buildings, with my villagers walking outside of the confines of my base to fix a wall they could easily repair from a safer position.

Though this was an issue in Age of Empires II/III: Definitive Edition, units will also constantly engage in combat, even if it’s obvious they should stay put. This means that you’ll spend a lot of time babysitting your army to ensure it doesn’t accidentally run off and attack a stray enemy villager that then leads them into your opponent’s base. You can, of course, change unit behaviour to prevent this, but the process is finicky and it doesn’t always seem to work. 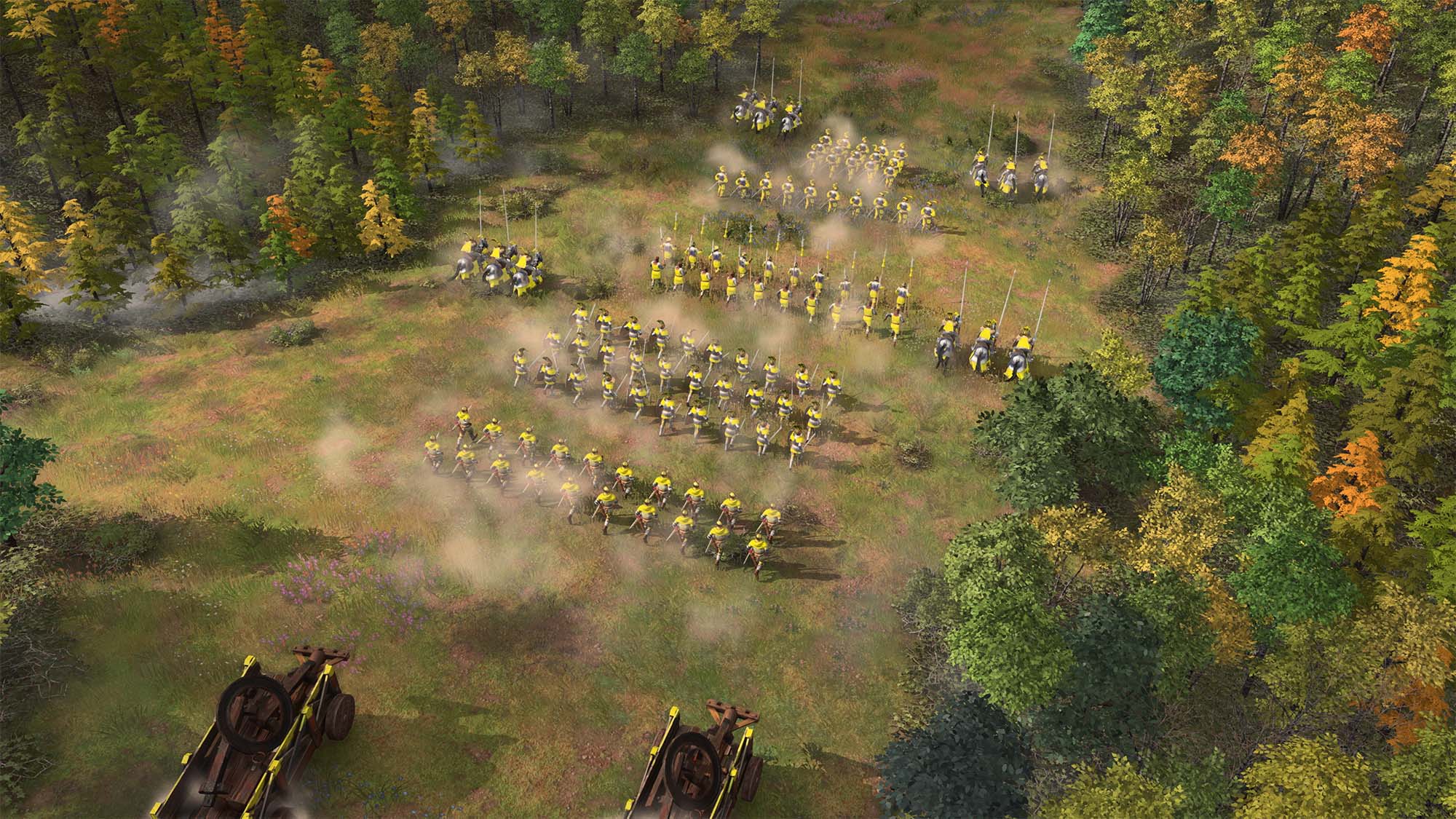 But back to the positives. Thankfully, Relic has put a lot of effort into ensuring unit voice lines were recorded in their actual historical language, which is a nice touch. Generally, Age IV seems to emphasize respecting — and, in most cases, celebrating — the unique cultures featured in the title, which is a great step forward from some of the earlier titles in the series.

Overall, I’ve had a blast with Age of Empires IV, and I’m looking forward to continuing to play through its various campaigns. In a way, Age IV feels like comfort food. I know what to expect from the title and its fresh coat of paint on Age II‘s formula, but for gamers of a certain age that are familiar with the series, I’d argue that’s precisely what this long-running RTS series needs.