Reflecting on 20 years of Halo with Master Chief himself, Steve Downes – MobileSyrup

There are few characters in gaming who are as iconic as Master Chief.

In addition to being the face of a franchise as massive and influential as Halo, the Chief has represented the entire Xbox brand for two decades. Since Halo: Combat Evolved was released on November 15th, 2001 alongside the original Xbox, the sci-fi adventures of Master Chief have been some of the most acclaimed in the entire medium.

All in all, it’s a significant legacy, and it’s one that Steve Downes, the longtime voice of Chief, definitely doesn’t take for granted. 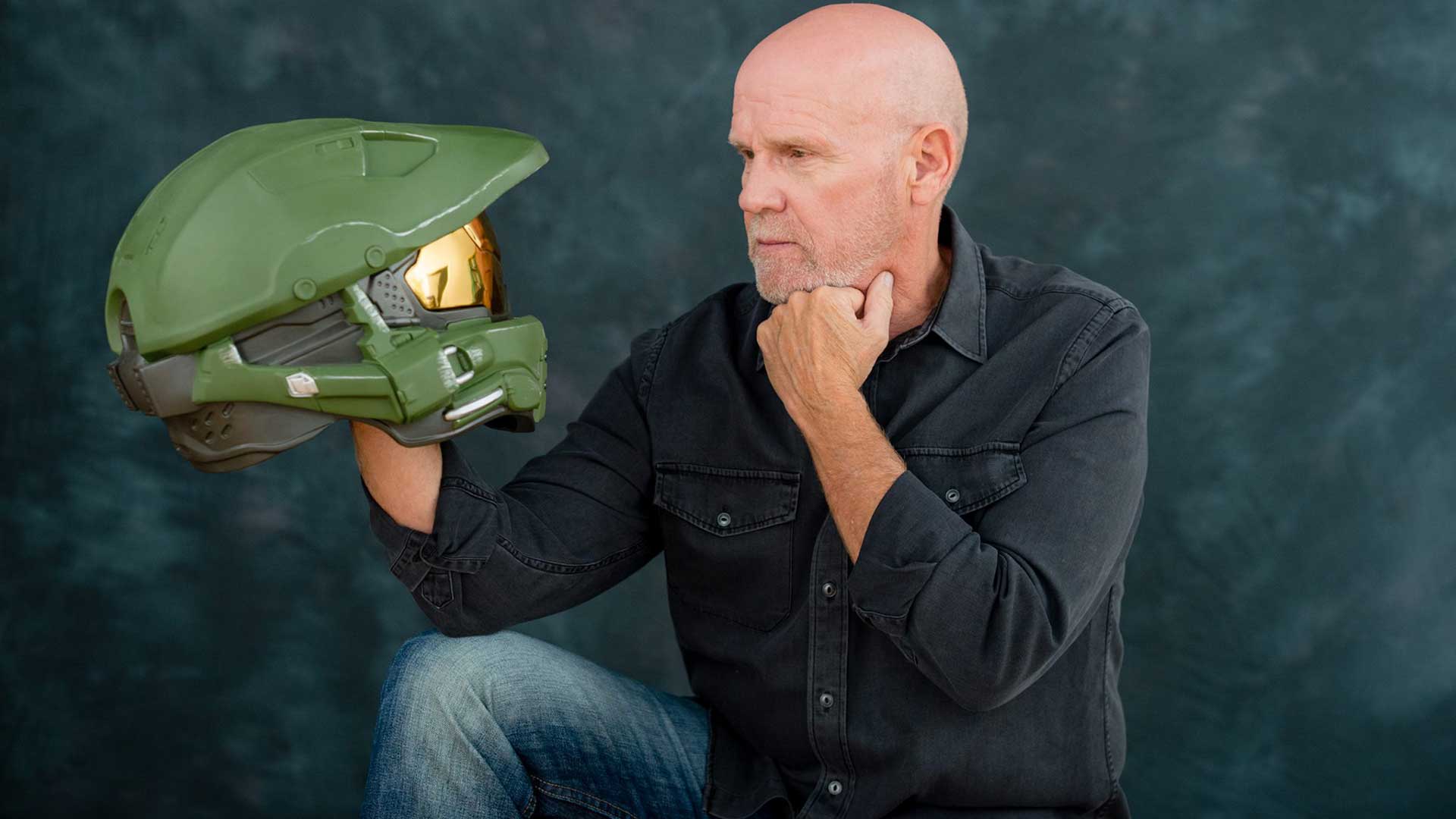 “It’s surreal to have a character that I’ve played for 20 years. There’s nothing in my career [like] that — well, I guess the radio career; I’ve played a disc jockey for 40 years,” he tells MobileSyrup with a laugh. “So I suppose there is a similarity.”

Downes is at Toronto’s Fan Expo Canada, his first return to the city in 10 years. It’s a big moment for the actor, with Halo about to celebrate its 20th anniversary and Halo Infinite, the series’ first mainline entry since 2015’s Halo 5: Guardians, finally releasing on December 8th after a lengthy delay.

If fans think it’s been a long wait for them, just imagine how long the journey’s felt for Downes. After beginning voiceover recording in 2019, Downes’ in-person time in the booth came to an end in early 2020 due to the COVID-19 outbreak. The pandemic forced Downes and the team to adjust to working remotely.

“I have a studio at home, but we had to convert it so that the work we did in that studio would match up with what we had already recorded in another city. We had to get the right mics and the right pre-amps and there’s a lot of technical stuff. But we did it, and so the remaining sessions I literally did in my closet, at home in Florida,” he says, laughing. This method of recording continued until late spring 2021.

Infinite is a particularly exciting project for Downes, as developer 343 Industries has quite publicly made the game a Chief-focused story in response to feedback from Halo 5. The studio has noted that Infinite is a more intimate affair that sees Chief heading to the mysterious Zeta Halo to fight a ruthless foe while searching for his former A.I. companion Cortana.

“That part of it is, as you remember, the Halo story,” Downes teases of Chief’s expanded role in Infinite. “Yeah, Guardians took a little bit of a different track than the previous games. This one [Infinite] is very much Chief as the centre character. Now, there are old favorites, and then some new folks. So there’s a good mix of the old Bungie story and the new story, and it provides a good mix, both story-wise and look-wise.”

He notes that while he’s enjoyed hearing the positive reception to the recent Halo multiplayer betas, he’s really eager to see what fans think of the campaign.

“I can’t give too much away, but [Infinite] just takes the story to another level — like Halo 4 did, in my opinion. And yet, there’ll be a familiarity there that I think that especially people who have been with the game for 20 years will appreciate.” 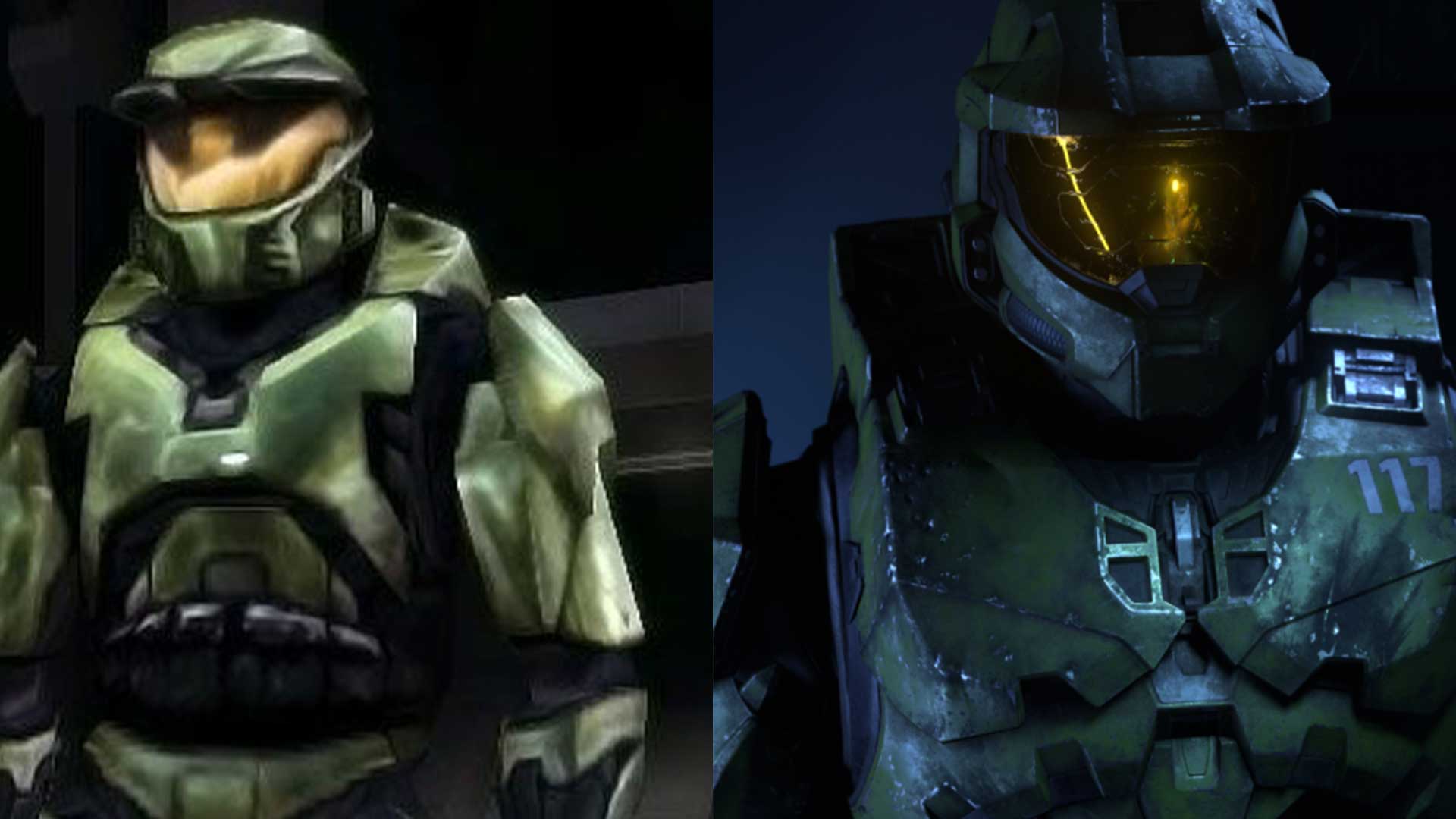 Something anyone can surely appreciate about Halo, though, is just how enduring it is. Not many actors can say they’ve been with a character who’s lasted so long as to go through four generations of consoles. But while there have been numerous technical innovations from the original Xbox up until the current-gen Xbox Series X/S, Downes says his approach to Chief has always remained the same.

“I don’t know that I would say the technical end has affected my performance. You still try to come at it from a real place — from a human place. Me and all [other] actors feel that our job is to bring humanity to, in some ways, a very ‘non-humanity’ world,” he says. “And so that’s very important for us to come from that place and bring that sort of human element to it.”

He does note, however, that it’s been “fascinating” from his perspective to watch how much Xbox has evolved over time.

“I’m fully expecting the next game’s going to be a hologram and Cortana is going to be in your living room,” he says with a laugh. “The leaps and bounds from what had been a four-year cycle, now a six-year cycle — the changes have been astronomical, so it’s been pretty exciting in that regard.”

In the series, Master Chief will be played by Ymir, British Columbia-born actor Pablo Schreiber (The Wire), rather than Downes. Further, Schreiber has said he won’t be doing an impression of Downes, while Downes clarifies that he himself is not involved in the series at all. That said, Downes does offer his two cents on what it needs to achieve in order to live up to the legacy of the games.

“You want to stay true to the canon. My feeling is that many games that have gone from video game to film have not worked because they’re two different mediums and they have to be approached that way. So how do you take a video game story like Halo and put it on the silver screen and have it mean something both to the faithful and also mean something to people who’ve never played Halo in their life?” he says.

“It’s a big challenge and I’ll be excited to [see it]. I do know that key people in 343 who have been with Halo for a very long time are actively involved in the production to make sure that there is some truth to it from the true fan’s perspective and [that it] will also be interesting to people who may never have touched the game[s] in their life.” 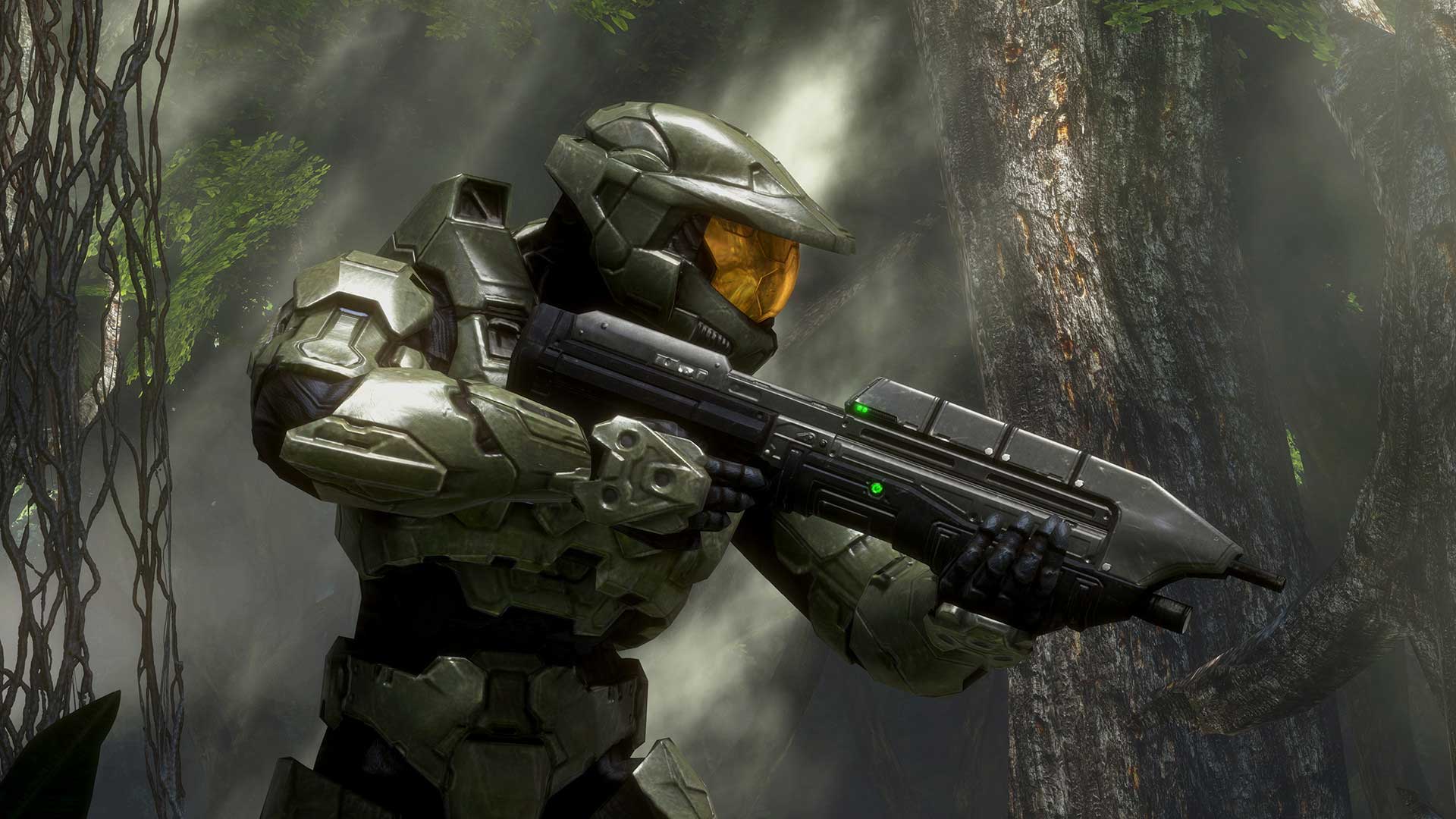 But Downes remains the sole actor to play Chief in the Halo games, and it’s a role he says he has no plans to exit because of how enjoyable it is.

“What’s been exciting about it, and what keeps it fresh for me, is that you get to evolve with the character. It’s not like we’re just doing the same game over and over again. You know, we’re not trying to redo Halo 3, or whatever,” he says.

“There’s always been a new angle; there have been new people who have come in. We’ve had different writers over the years — we’ve got a great new writer and director for Halo Infinite that I’ve really worked well with and who understands the character like I do, and I’ve been able to get some input in that regard. So the whole experience has been kept fresh for me. It’s fun to both play and watch this character grow — I get to do that, and then also sit back and watch it. It’s kind of cool.”

Reflecting on all of those years as Chief, Downes says there are two particular aspects of playing the character that have had the most impact on him. The first of those, he says, has been getting to meet those who actually play Halo.

“The whole convention thing has been a real joy. I really didn’t start doing them until 2006 or 2007. That’s grown exponentially over the years, the whole convention business, and it’s been great. And it’s really helped me in terms of character development when we talk about the Chief,” he explains.

“We get to hear feedback from the people who are literally hands-on with the game, and what it means to them, and why he means [a lot] to them and what the whole experience [means to them]. And that’s enlightened me and has given me different approaches for Master Chief, from the fans’ perspective. And the only way you could possibly get that is to be out here with them.”

As for a favourite moment from recording for the games themselves?

“I always go back to Halo 4 because it was the first time that [Cortana actor] Jen Taylor and I worked together in the same room doing the same stuff. And that was a totally unique experience — not only for the both of us, but really for video game voiceover in general. It’s very rare that you have more than one actor in the studio at the time, but because of the nature of the story, and where they wanted to take it, they thought — from an emotional standpoint — they could get more out of us when we were actually together, and they were right,” Downes says.

“I remember vividly recording those last scenes where Cortana is about ready to check out, and doing those with Jen, it was a very emotional experience for me. And, you know, trying to bring a level of emotion to a character who’s very unused to expressing emotion. So it was a sort of push-pull type of thing, but I really, really enjoyed it. And Jen was such a fabulous actor that it was great to be in the room with her and watch her work. And it inspired me to sort of up my game. So that’s by far my favorite moment — so far, I should say.”

“So far” is quite tantalizing, so I had to ask if he could leave us with any teases about Chief and Cortana’s relationship in Infinite. Naturally, Downes was tight-lipped, opting to give a decidedly coy answer.

“There are some very interesting things that happen,” he says. “Some very exciting, surprising things are gonna happen, and I can’t wait to see your reaction.”